Larter & Sons was a prolific maker of cufflinks and other gentlemen's accessories during the late 19th century and through much of the 20th century.  Their output ranged from fine gold and gem-set cufflinks and dress sets to less expensive, but equally well made, cufflinks and accessories crafted in base metal.

In the early 1920s the firm created a wonderful collection of handsomely designed, finely crafted men's rings reflecting the motifs and architecture of past historic periods.  These rings were announced to the jewelry trade with a series of graphically striking advertisements matching the beauty and themes of the rings.  Below is the advertisement for Larter & Son's ring inspired by the reign of Louis XV - the ring reflects Larter's interpretation of the curving lines, airiness and asymmetry of the Louis Quinze style. 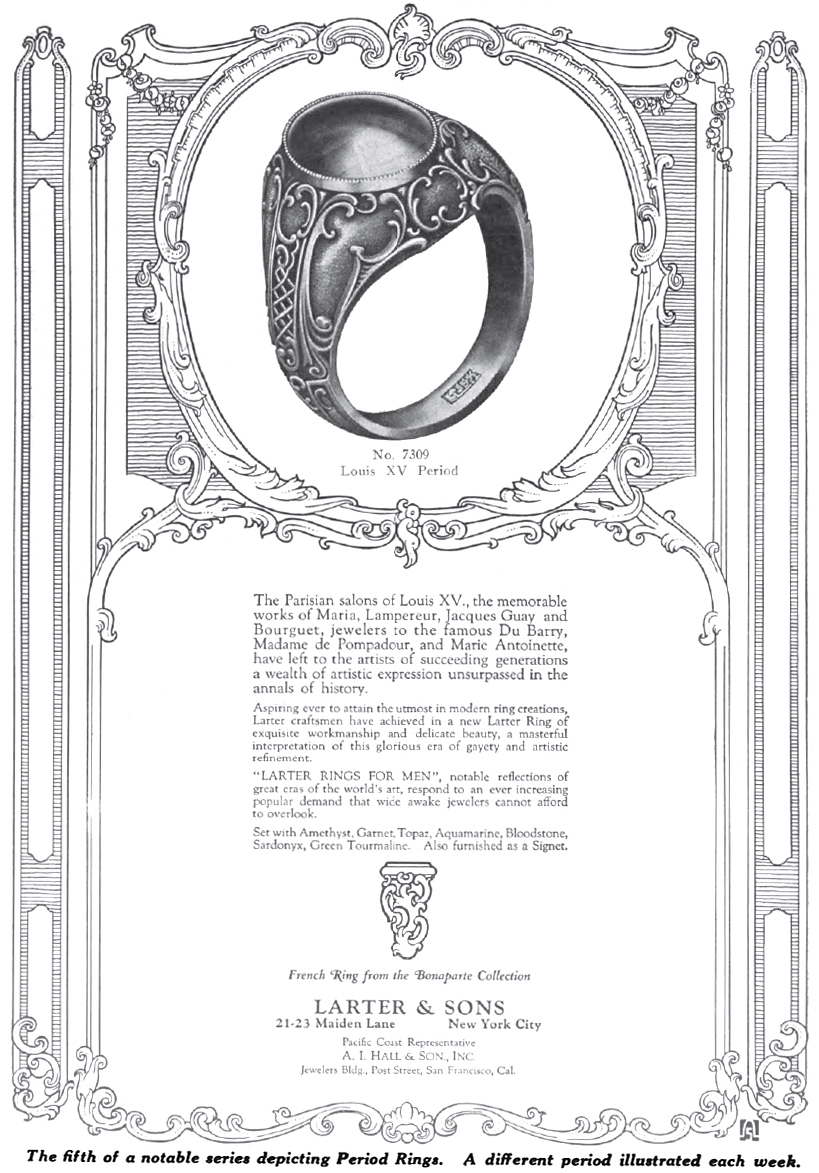 A full size rendition of this advertisement can be viewed at Larter & Sons - Louis XV Revival Ring.  Over the next several weeks I will post the advertisements for the other Period Rings.

Posted by Antique Cufflink Gallery at 10:07 AM