In the early 1920s the firm created a wonderful collection of finely designed and crafted men's rings reflecting the motifs and architecture of past historic periods.  These rings were announced to the jewelry trade with a series of graphically striking advertisements that matched the beauty and theme of the rings.  Below is the advertisement for Larter's ring inspired by the Renaissance. 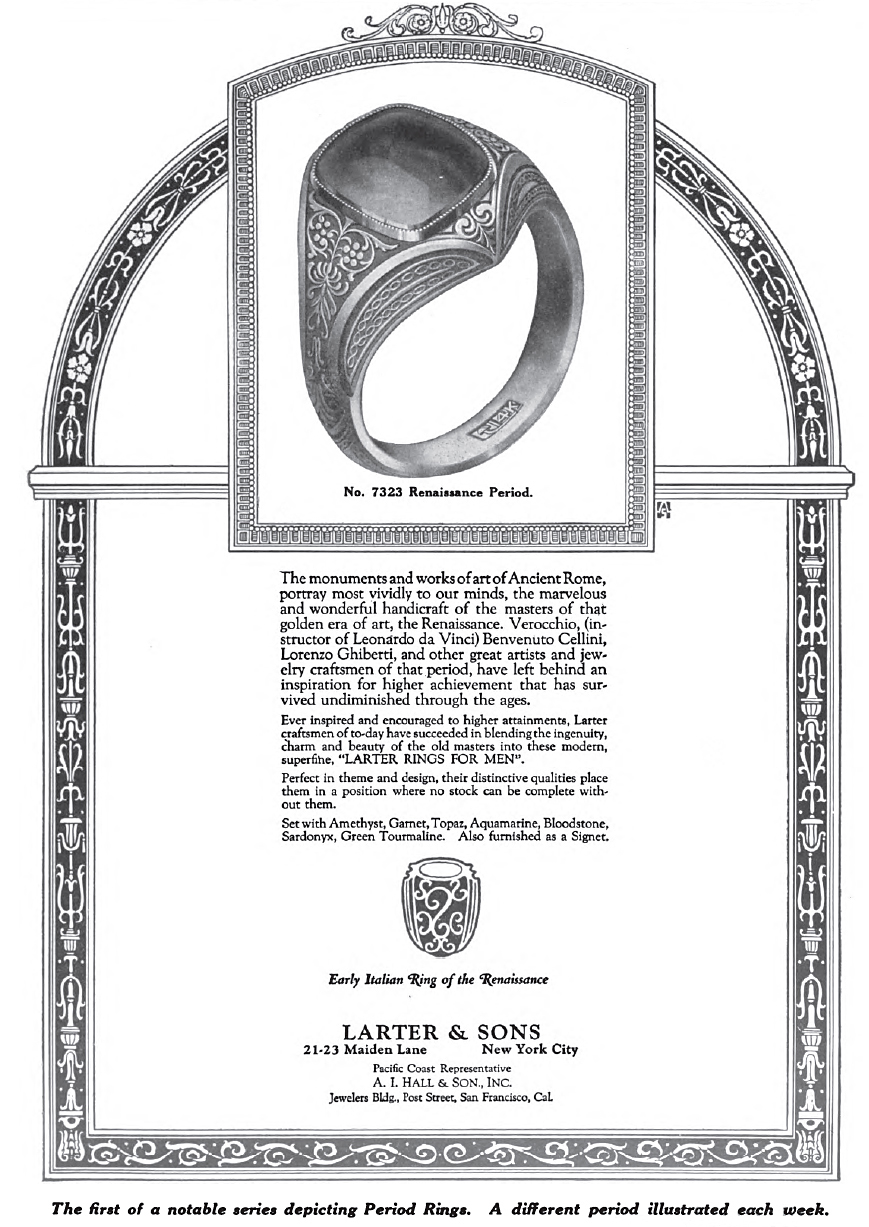 A full size rendition of this advertisement can be viewed at Larter & Sons - Renaissance Ring.  Over the next several weeks I will post the advertisements for the other Period Rings.

Posted by Antique Cufflink Gallery at 8:03 AM